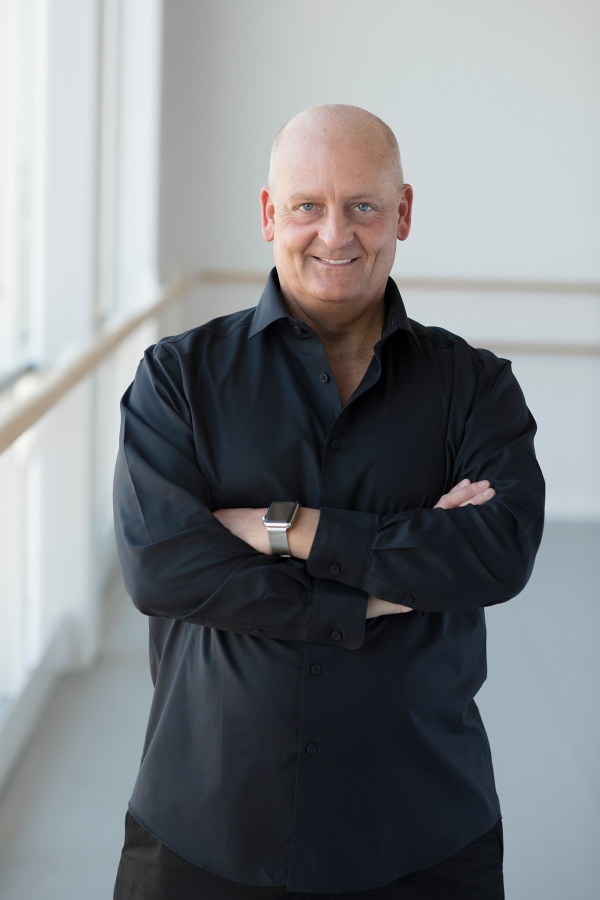 Allain Lupien is recognized internationally for his amazing versatility as a choreographer and a life-changing teacher.

"At the young age of 22, my mother was stricken with polio and decided that one day she would walk again and she vowed that all of her children would dance. I was eight when my mother said she was enrolling me in dance lessons. What I told her was “Absolutely not” and I reasoned that the kids would make fun of me at school, however I was very keen on karate. As you can assume, fighting that battle was futile and I've thanked her for it everyday since."

As a student, Allain studied and competed in Jazz, Tap and Ballet until the age of 19, when he began teaching and performing. As a young choreographer, his forte was definitely creative entertainment, routines that captivated his audience with new concepts bringing them to their feet. Allain soon became a member of the Canadian Actors Equity Association and Dance Masters of America. He and his wife Dawn (also dance partner for many years) opened Canadian Dance Company in 1985. Under his direction, CDC has won the highest awards in the major dance competitions in Canada, the U.S. and Europe. His Choreography represented Team Canada in the World IDO Dance Championships in 2005 and achieved the highest medal standings for Canada to date.

His training has produced many professionals in dance over 25 years, who have performed in films such as Hairspray the major motion picture, Broadway Musicals like Cats, Mama Mia, and Contact as well as professional ballet companies like the National Ballet of Canada and attend the best schools such as Julliard, The National Ballet Of Canada and Pointe Park and become some of the best choreographers and teachers on the circuit today.

Allain's greatest strength is in his ability to inspire dancers of any age and of all talent levels. His classes drive students to reach their full potential. As a result, he has been responsible for helping some of the finest dancers in the industry achieve their dreams.

Although he has acquired many titles, the one that suits him most would be “Professional Mentor”.